This is the email i sent to Amnesty International at contact@amnesty.org.in on September 22 of this year.

“The End: My Story

India has become a place livable only by persons who are either the mindless followers of the Liberal Taliban on one hand or yes saying sycophants of the coteries of varied sorts. Don’t believe me? Ask the souls of Sunil Gangopadhay, the most noted Bengali writer of our times. Or Bal Thackrey, a right-wing politician of outstanding repute. Even the soul of Brajesh Mishra, ex National Security Advisor of the Government of India would testify to that fact. Why? You might be tempted to think, what do they have in common? Think deeply. They all died due to the ‘natural’ cause of heart attacks. But is it really so natural? You see, I am a schizophrenic and hear voices in my head. Once about ten to fifteen years back, one such voice said “…Want to see our power?” Then suddenly my heartbeats increased considerably to the point of extreme discomfort for me. It is in my experience and can be verified with scientifically known methods such as brain-fingerprinting or electro-physical testing. During that period I also figured out what the true nature of the world was: an imperium in imperio was at the helm of the world through the use of such secret technology. I wrote to the PM, the President and Chief Justice, the various newspapers of my country, not to mention international authorities such as UN and Amnesty International.

My initial foolishness of not realising that all of them were quite aware and perhaps complicit in grave crimes has now doomed me to death. My only hope is for posterity to dig through the billions of terabytes of data posted online by me every day.

But why am I doomed. You see, the ruling class is engaged in a conspiracy against the constitution of my country. And I am the one who exposed it. What good did it do to me? For one I was sent to a mental asylum, given strong doses of immobilizing psychiatric medicines. For several years, I was unable to think. I was 17 then. My educational career continued and met a disappointing end due to such ‘correct treatment’. My physique was destroyed. Overall, my life was ruined. You see I tried to implement law and order in my country. I started to believe I was insane. But slowly I was on the road to recovery. I figured out a way to bring in a political structure of direct democracy, a black money free economy where every cent of wealth would be accounted for, a new and far superior and fair educational system, a feasible design for a space city and am currently engaged in experimenting in and establishing a new art form. But I am close to death. I can feel it. Why you wonder? Well, you see in the recent past an authority not directly engaged in governance tried to get me assassinated, raped a student of mine as she looked up to me as a leader, I was portrayed as terrorist by some, a Maoist by others. I also got nominated for the Nobel peace prize twice.

Yesterday some people tried to injure me in my libido. Great country won’t you say. Why did I suffer all this? Due to the reason that I committed the crime of when being reawakened about the truth I myself had discovered so long back, I again chose the path of truth, non-violence and pledged my allegiance to my constitution. I emailed the UN, International Court of Justice and Amnesty International with a tell-all in the last quarter of the previous year.

You know why I call them the Liberal Taliban? Their intellectuals persecuted me for believing in monogamous sexual morality, their political masters orchestrate terrorist bombings and communal riots. All of these can be proved.

A few days ago, a few hours back, the person who took my call at the UN refused to help me. Their lives will have my death at their conscience.

But there is no resolution to my predicament, no recognition of my efforts, talents and that i gave up a glorious life, security and comfort for the greater good of man. You want to know why? I refused to lick the boots of those who ruined my life. And if asked again i will not change my action. Nothing greater can be expected of this civilization.

But these words are in vain. You see i have a readership of only 10 to 20 regular blog visitors. So i remain invisible. But perhaps one day hundred years into the future someone will stumble upon this post amongst the infinite bytes of data of the internet. My friends that will be my day. Perhaps. This civilization is still not capable to snatch away a magical thing called hope. 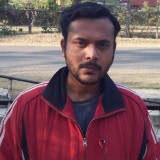 Well, What Do You Say aka Comments